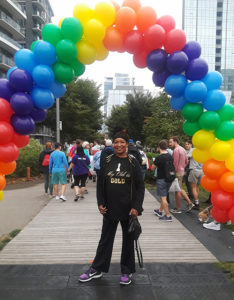 If you need help with just about anything, chances are Karen Morrison will know how to point you in the right direction. As Founder and Executive Director of Odyssey World International Education Services (OWIES), Morrison knows the importance of cultivating genuine relationships and building coalitions.

The Beginning of Something Good

Morrison founded OWIES in Spokane in 2006 and immediately ramped up its work within the community. The organization’s mission is to collaboratively advocate for social justice and serve marginalized people that are impacted by poverty and discrimination. With this focus, OWIES led the way in providing immigrant and refugee services, hosted tea socials that welcome women from around the world and coordinated accessible parent forums at schools 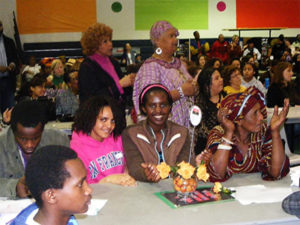 in the greater Spokane area. While OWIES will work with anyone seeking assistance, its efforts have historically gravitated toward helping immigrants, refugees and single parents find their footing in Washington state. When OWIES relocated to southwest Washington in 2015, Morrison connected with community-led groups in the area to learn about the various initiatives and programs already in place. By 2017, OWIES had officially attained 501(c)3 status and established their headquarters in Vancouver.

Relocating from eastern Washington to southwest Washington meant embracing change. In Spokane, OWIES established strong connections at an institutional level, including integration into local schools where their programming was supported by district offices. This past year, OWIES opened its first dedicated space in Vancouver, and Morrison is hopeful about building meaningful relationships with local community-led groups. 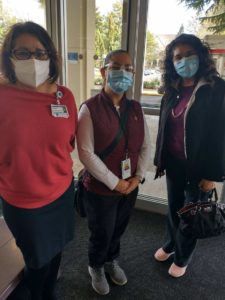 Most recently, OWIES partnered with four organizations to prioritize COVD-19 vaccines for Black, Latinx and Pacific Islander communities in order to address glaring health disparities related to the virus.

“Just like when you get hurt and say, ‘mom, ow,’ and they kiss it; it wasn’t surgery but somehow it left us feeling like everything was going to be OK,” explains Morrison. “You treat owies with care.”

The care that Morrison and OWIES provide is a model that addresses the needs of the community in four areas: community outreach, advocacy and awareness, resource and referral, and education and events — referred to as the C.A.R.E. approach. In Vancouver, this takes form as the pursuit of housing stability. OWIES established a partnership with Clark County and the Department of Commerce to provide emergency rental assistance to local residents with the support of community services grant funding. C.A.R.E. also informs upcoming endeavors, such as a service-learning program funded by a Community Foundation Focus Grant that offers paid internships for Black, Indigenous and young people of color, which simultaneously allows them to build skills and work experience. 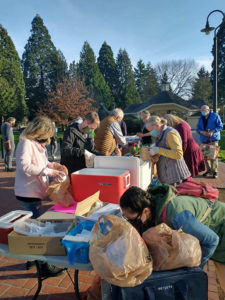 “You have to have the heart.”

“To do this work, you have to have the heart,” Morrison declares.

Despite recognition for her work as a community organizer, Morrison prefers to work quietly behind the scenes where she can uplift and amplify the voices of budding leaders on the frontlines of social justice movements in southwest Washington. For now, OWIES continues to build capacity and seeks volunteers who can help in areas ranging from food distribution to grant writing. Morrison’s dedication to OWIES is strong and unwavering.

Morrison affectionately proclaims, “When you see OWIES, that is the heart. My heartbeat is that.”

Lilian is a nonprofit communication professional born and raised in Portland, Oregon. In addition uplifting voices from our communities, they also enjoy exploring the arts, indulging in the local food scene, and cheering for the Portland Trail Blazers.

If you need help with just about anything, chances are Karen Morrison will know how to poin... Learn More

If you need help with just about anything, chances are Karen Morrison will know how to poin... Learn More