The group formed in 2016 to build relationships and understanding around racial justice. The idea grew out of a series of community town halls. Here, members of the community voiced safety concerns for local immigrant and Latino communities. SWEC’s former co-chair Luz Gonzalez said those fears rose after the election.

“We were shocked that a person in power could use such racist rhetoric and have a majority of American’s condone those statements,” she said. “There was a sense that our citizenship, and even our humanity, no longer mattered. We weren’t welcome, period.”

The town halls provided some assurances, but the allegiances formed proved even more valuable. Representatives from groups like the NAACP Vancouver, YWCA Clark County, Council for the Homeless and area school districts stood in solidarity to voice their fears. Some also shared their past experiences with discrimination and oppression. The bonds formed in that moment sparked this coalition for advancing racial equity.

Interim chair Diana Perez recalls how fast everything began to fall into place afterward. To her, there was an urgency to address the nationalist ideologies that were giving new life to extremists in the region.
“SWEC became fuel for addressing what was going on then and what might happen in the future. Our vision was to uplift the voices of vulnerable people and move equity work forward locally,” Perez said.

With this vision, SWEC went to work. They tackled equity training, coalition building and the development of their initial charter. The result: a clear approach and mission.

Mission: To promote racial justice and create a more equitable society in Southwest Washington through collective action, inclusion and collaboration.

Gonzalez and Perez say that equity is tied up in a web of systems and institutions that are complicated at best. At their worst, they perpetuate racism. To help untangle this web, SWEC recruited a cross-section of professionals and community members. As a result, the group represents many sectors and communities. Members come from education, faith, healthcare, government, nonprofit and advocacy groups. 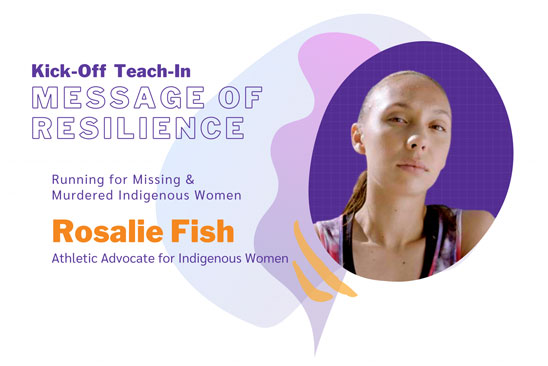 These diverse perspectives have been instrumental in building the group’s newest project, the Advancing Racial Equity, Diversity and Inclusion (AREDI) Teach-In series. These virtual, monthly learnings will surface important conversations and explore opportunities for advancing racial equity in southwest Washington.

It all begins on Friday, March 19 at 10:30 a.m. That’s when Rosalie Fish, a collegiate runner, advocate and member of the Cowlitz Indian Tribe, will deliver a “A Message of Resilience.” The program also includes a land acknowledgment by fellow tribal member and spiritual leader Tanna Engdahl. Dr. Karin Edwards, President of Clark College, and a representative from Governor Jay Inslee’s Office will also share remarks.

Interest in the series is growing fast. The group secured strong sponsorships, including a Focus Grant from the Community Foundation. This enabled SWEC to map out a year of monthly events. Each features a personal story from a community champion, as well as new approaches to health, education, justice, food, housing and more.

Putting speakers on stage is nothing new. What’s different here are the voices. SWEC hopes to lift up stories of marginalized people, like those from Black, Indigenous and other Communities of Color. While the group centers these voices, they also welcome anyone working to advance equity in southwest Washington.

“We want to hear everyone’s experiences—lessons learned, current challenges and ambitions,” Perez said. “The hope is for this to become a space to connect with intention because it is not an easy subject.”

Perez said the focus is on local issues. The goal is to create awareness, promote action and define measurable change. Each talk will also provide clear steps for getting involved.
In this way, SWEC has come full circle. Founded through collective action, the coalition is now inspiring others to connect and act. That’s because they recognize that the work of racial justice requires working together.

Maury Harris crafts key messages that promote the foundation’s products, services and brand. Outside of stringing words together, he is passionate about the natural world and tries to hit the trail as much as possible with his family.