Socrates said that a life unexamined is not worth living, so it’s no wonder that many of us prize self-examination. It’s what allows us to learn, grow and define our personal values.

What Socrates forgot to mention is the equally important act of preserving these lessons and beliefs. Our treasured family stories, traditions and values represent us as individuals, and we’re often compelled to pass them on. This notion is what inspires bequest gifts to the Community Foundation, like those of the late Jane Malmquist and Harriet Wilson.

Malmquist understood the importance of tradition. Peter Onsdorff, her grandfather, was a pioneering Battle Ground businessman and civic leader. He served on the original three-member school board in 1909 and is remembered by his namesake, Onsdorff Boulevard, in Battle Ground. Jane’s maternal grandmother, Josephine Bereiter, was also involved in Battle Ground schools as a music teacher.

Malmquist followed in their footsteps—serving as an elementary school teacher in Battle Ground until she retired in 1987. She also inherited her grandmother’s love of music and became a regular patron of the Vancouver Symphony Orchestra with her husband Calvin Malmquist. Unfortunately, in 2009, both Calvin and her son, Steven Johnson, were taken from her.

Without an heir to carry on her legacy, Jane decided to take steps to organize her estate by contacting the Community Foundation. After a few meetings, she was able to define the values most important to her and soon committed her estate to establish the Jane Onsdorff Malmquist Charitable Fund.

By establishing her fund, Jane ensured perpetual gifts of support for health and human services, public parks, land conservation, and most importantly, her beloved arts and education. With her recent passing, the Community Foundation will now fulfill her wishes by awarding grants to nonprofits in southwest Washington that serve her interests, with priority given to programs focused on Clark County needs, and especially those of Battle Ground.

Harriet Wilson is another longtime resident who decided to leave behind a rich legacy within our community—not only through her bequest, but also through her personal dedication. 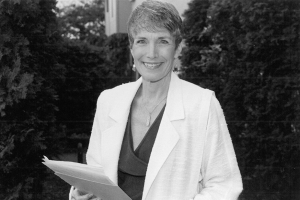 Growing up locally, Harriet was an early alumna of Clark College and later formed and served on the board of the Clark College Foundation. Professionally, she was a successful businesswoman, serving as vice president of Great Western National Bank and later as the first female board member of First Independent Bank. In 1992, she was named a Woman of Achievement and was chosen as Clark County’s First Citizen in 1993.

Many have regarded Wilson as one of Vancouver’s iconic, civic leaders who truly enjoyed serving those in need and encouraging others to contribute as well. She was an advocate for the arts and the homeless, but also a champion for organizations like Goodwill, Clark College and the YWCA. Through the remainder of her estate, Harriet chose to continue supporting our region’s philanthropic community by adding to the Community Foundation Administrative Endowment.

The compassion and forethought of these two women will resound long into the future and stand as an example of what we can do to preserve our past for the betterment of future generations. Their wishes will make those of others come true. Their estates represent true acts of conviction that even Socrates would define as honorable and of the greatest worth.

Maury Harris crafts key messages that promote the foundation’s products, services and brand. Outside of stringing words together, he is passionate about the natural world and tries to hit the trail as much as possible with his family.